I did some depression research tonight, because that's what I do. research things.

I've had several major depressive episodes in my life but in the last 10 years or so, I've mostly experienced recurrant brief depression, which "is associated with considerable suicidality and treatment-seeking and is comorbid with anxiety disorders. Patients with combined major and recurrent brief depression are more severely affected, have a higher suicide attempt rate, and have an increased frequency of treatment-seeking than patients with only one condition."


My depression is also atypical depression, "characterized by mood reactivity — being able to experience improved mood in response to positive events...reversed vegetative symptoms, namely over-eating and over-sleeping, and separately by interpersonal rejection sensitivity." also, atypical depression "tends to cause greater functional impairment than other forms of depression."


I also occasionally have agitated depression, marked by "agitation, anxiety, fatigue, guilt, impulsiveness, irritability, morbid or suicidal ideation, panic, paranoia, pressured speech and rage," which is associated with a familial history of bipolar disorder--hi mom! hi sister!--and may possibly be a variant of bipolar II disorder or the bridge between unipolar and bipolar depressions. mixed states are "often the most dangerous period of mood disorders, during which substance abuse, panic disorder, suicide attempts, and other complications increase greatly."

it's also seems that I have the "restive depression" subset of depressive disorder.


there's some interesting links between these kinds of depression and temporal lobe epilepsy, which my mom has. makes me wonder.


I find this stuff fascinating. maybe it's be helpful too.

The Berkeley-East Bay Humane Society is in desperate need after a devastating fire--please donate, volunteer and spread the word!

currently living in my bathroom are sweet (foster) Mama cat, two tiny identical blue kittens, a slightly larger tuxedo (the scardiest of the bunch) and a blind gray and white baby. I don't know any of the sexes yet, as they're too small and/or to skittish to sex.

they all come from a police seizure--either a gun or drug raid, most likely a meth bust. there were lots of cats, lots of kittens and all of them were in awful health--flea infested (which can kill kittens through anemia), respiratory infections, underfed and the poor blind baby, who has a ruptured eyeball. none of them are spayed or neutered, of course.

Mama is not their biological mama but she was the only nursing queen (of 7!) who would accept these poor babies. we *think* they're about six weeks--they're drastically undersized--which would normally be the beginning of weaning but these babies need the extra nutrition and care and Mama seems to agree.
She's extra solictious of the blind kitten--goes and gets it if it strays, checks on it regularly, makes sure it's nursing--it's heart breakingly cute.


[note--I am *not* a good photographer and squirmy kittens are difficult to photograph at the best of times. so, not so great pics but hopefully the cute shines through.]

Mama's mini-me! Mama is *such* a darling--she's very friendly/purry and loves skritches. mini-me, however, is highly dubious of me. I've yet to pet it.

this is my special friend kitten--almost immediately, one of the little blue kittens gravitated to me. whenever I come into the bathroom, it beelines for me and is not satisfied until I pick it up for snuggles; it meeps at me in its teeny little voice until I do. it also tries to nurse my fingers. it just about fits in the palm of my hand.

Chicken has not met the new additions--they are confined to the bathroom. there's been some sniffing through the door.

She's handling it ok--a little needy/acting out but no peeing.

in honor of Holocaust Remembrance Day, here are a few of the lights against that particular darkness:

The White Rose, "a non-violent/intellectual resistance group in Nazi Germany, consisting of students from the University of Munich and their philosophy professor. The group became known for an anonymous leaflet campaign, lasting from June 1942 until February 1943, that called for active opposition to dictator Adolf Hitler's regime. The six core members of the group were arrested by the Gestapo and they were executed by decapitation in 1943.

Today, the members of the White Rose are honored in Germany amongst its greatest heroes, since they opposed the Third Reich in the face of almost certain death."

Anton Schmid "a German soldier who, during World War II in Vilnius, Lithuania, helped 250 Jewish men, women, and children escape from extermination by the Nazi SS during the European Jewish Holocaust. He did this by hiding them, supplying them with false ID papers and helping them escape.

Before his execution by the Nazis, he wrote a letter to his wife from his prison cell–'I only acted as a human being and desired doing harm to no one.' "

Aristides De Sousa Mendes, "a Portuguese diplomat in Bordeaux, France who ignored and defied the orders of his own government for the safety of war refugees fleeing from invading German military forces in the early years of World War II. Between the June 16 and June 23, 1940, he frantically issued Portuguese visas free of charge, to over 30,000 refugees seeking to escape the Nazi terror, 12,000 of whom were Jews.

Back in Lisbon, Sousa Mendes was brought before a disciplinary panel and dismissed from his position in the Foreign Ministry. This left him destitute and unable to support his family of 13 children. He died penniless in 1954. When asked to explain his actions, he said: 'If thousands of Jews are suffering because of one Christian [Hitler], surely one Christian may suffer for so many Jews'." 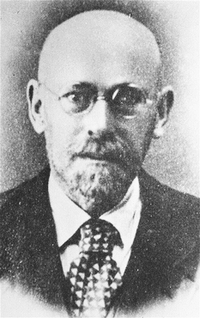 Janusz Korczak--from Władysław Szpilman's book The Pianist, "One day, around 5th August, when I had taken a brief rest from work and was walking down Gęsia Street, I happened to see Janusz Korczak and his orphans leaving the [Warsaw] ghetto. The evacuation of the Jewish orphanage run by Janusz Korczak had been ordered for that morning. The children were to have been taken away alone. He had the chance to save himself, and it was only with difficulty that he persuaded the Germans to take him too. He had spent long years of his life with children and now, on this last journey, he could not leave them alone. He wanted to ease things for them. He told the orphans they were going out in to the country, so they ought to be cheerful. At last they would be able to exchange the horrible suffocating city walls for meadows of flowers, streams where they could bathe, woods full of berries and mushrooms. He told them to wear their best clothes, and so they came out into the yard, two by two, nicely dressed and in a happy mood. The little column was led by an SS man who loved children, as Germans do, even those he was about to see on their way into the next world. He took a special liking to a boy of twelve, a violinist who had his instrument under his arm. The SS man told him to go to the head of the procession of children and play – and so they set off. When I met them in Gęsia Street, the smiling children were singing in chorus, the little violinist was playing for them and Korczak was carrying two of the smallest infants, who were beaming too, and telling them some amusing story.

I am sure that even in the gas chamber, as the Zyklon B gas was stifling childish throats and striking terror instead of hope into the orphans' hearts, the Old Doctor must have whispered with one last effort, ‘it's all right, children, it will be all right’. So that at least he could spare his little charges the fear of passing from life to death."

Irena Sendler, a Polish Catholic social worker who served in the Polish Underground and the Żegota resistance organization in German-occupied Warsaw during World War II. Assisted by some two dozen other Żegota members, Sendler saved 2,500 Jewish children by smuggling them out of the Warsaw Ghetto, providing them with false documents, and sheltering them in individual and group children's homes outside the Ghetto.

In 1943 Sendler was arrested by the Gestapo, severely tortured, and sentenced to death. Żegota saved her by bribing German guards on the way to her execution. She was left in the woods, unconscious and with broken arms and legs. She was listed on public bulletin boards as among those executed. For the remainder of the war, she lived in hiding, but continued her work for the Jewish children. After the war, she dug up hidden jars containing the smuggled children's real identities and attempted to find the children and return them to their parents."

it's entirely personal, with no claims to great merit, but these are the books that live inside me--novels, non-fiction, graphic novels and poetry.

I've listed out series of three or less individually and longer series as one entry.

5) The Mysteries of Udolpho, Ann Radcliffe

7) Woman on the Edge of Time, Marge Piercy

10) The Moon Under Her Feet, Klysta Kinstler

12) A Natural History of the Senses, Dianne Ackerman

33) The Hero and the Crown, Robin McKinley

37) The Pearl of the Soul of the World, Meredith Ann Pierce

40) Bastard out of Carolina, Dorothy Allison

44) To Kill a Mockingbird, by Harper Lee

54) The Selected Poems of Rainer Maria Rilke, as translated by Stephen Mitchell

60) The Throne of Scone, Patricia Kennealy-Morrison

77. The Dragonriders of Pern, Anne Mcaffery

83) Sunglasses after Dark, Nancy A. Collins

94) Love and Rockets, the complete series, Gilbert and Jaime Hernandez

98) The Mirror of Her Dreams, Stephen R. Donaldson

I've decided to list all my various "chronic medical conditions" here. why? I don't know.

osteoarthritis of the knees, right ankle, neck and lower back, with occasional cervical radiculopathy

chronic, unidentified pain in lower back, hip, flank on right side

chronic otis externa due to eczema of external auditory canal

either Persistent Migraine Aura Without Infarction or visual snow syndrome


hmm.
I still love my body though.
Collapse